Dj tline is an up and coming artist, DJ and songwriter that produces house and amapiano music. He’s released 10 single tracks such as “I need your touch, koloi, kubuhlungu, bophelo bo, isikhathi sizofika, cry no more, tsela moya, lerato, ngikukhuza and sedi laka. All his music is available in all digital platforms. This Talented DJ and artist resides in Vrede which is in free state province. He started doing music at an aerly age and recorded his first gospel album entittled ulithembelihle in a year 2015. 2018 he released his first house ep containing 4 tracks.the current single He released is sedi laka on 24 may 2022 . Some of the artist he’s worked with are upcoming artists such as Lady N Happiness, Chesty Tumza and Skinnoluv and the only known artist he worked with is Sdala B. He is currently a DJ in clubs and tarvens and that’s what he does for a living, Some of the places where he is currently working as a DJ are White house, Blue moon and Santon pub and grill. His latest hit is entitled Abazali Bami where he’s featured Lady N.

Lindani Eminent Mdoda is a Recording Artist from LEM Music Production, He is very multi talented individual, best Song Writer, and a Creative Musician, a Church Oversees, Gospel Preacher, Motivational Speaker, Mentor and a Role Model to many. He is married, have three children, He was born in a small town called Maclean in Eastern Cape of South Africa in a village called Ngcele under a very devoted Christian Family Background. Now is currently Residing in Zwelethemba Worcester Werstern Cape.

He started to sing at very young age of 8 years in tents revivals and church School choir. He usually used do solo as well in gatherings events. his favorite song at his early age was ‘Ndinjenjenje ngabazali bam‘ by Dr Rebeca Malope. He grow up with that potential of publicly singing and acting to point of being an asset and a blessing to everyone he served and everywhere he goes.

Lindani Recorded two album called ‘Just Believe released in 2014 and a Single called ‘Ebenezer’ released in 2022. He is currently promoting the sigle album called Ebenezer. His Songs are available to all digital platforms streams and you can download them online from all digital stores. He is available also on facebook as Lindani Eminent Mdoda and also on Instagram as Lindanimdoda.Thank you. 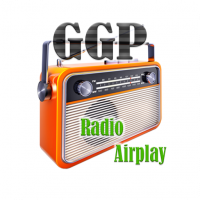 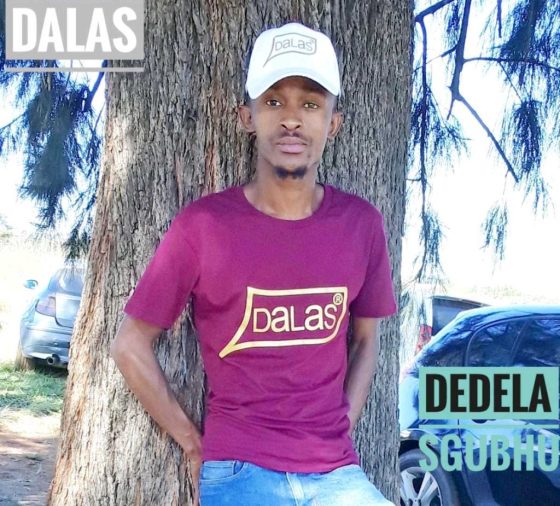 Dalas is an independent artist and a dj from Swaziland who do deep house,Amapiano and house music.Dalas has been touring Europe and Asia doing music and dancing and now he worked with Italian records and Moblack Records original from Ghana.He also worked with Indonesian Record.

Real name Charles Denhere known as Jahstorm (stage name) was born and raised in South Africa, but his Nationality is Zimbabwean. He is 24 years of age and passionate about art and also looking to be a full time musician in future. His previus single track was entitled “This is Love” and today he has released a track entitled Heaven and eath.

Please don’t forget to tune in to Mr Godgiven Buthelezi’s live radio interview tomorrow at Sajonisi fm at 7:45 am. The interview will be about his Gospel song Sizowanyathela from his album Kushobani.

Tony Junior Ahwi Known by his stage name “Big Slim Bandit” is a Nigerian Afro-Pop/Deep Rap/Dancehall & Reggae artist based in Pretoria (South Africa). Born in grimy Ajegunle and raised in Okokomaiko where he had his Primary and Secondary School Education, his background and where he was raised can be pointed as his major influence in being a musical artist. The environment he was raised in is responsible for moulding many successful artists we know today; the likes of 2face Idibia, Daddy Showkey, Fada U-Turn (Late), Oritse Femi to mention but few. Big S Big Slim moved to South Africa in 2012 and soon enrolled in a music workshop with MULTI-RACIAL records as “music hustle” is one of the reasons he left home. He got certified in music production and had since been working on his own songs. The training he got helped him understand music production better and also gave him exposure on music composition. He is a He is a root artist who gets inspired by life and has worked in studios and made collaborations with various artists. After Multi-Racial records workshop in 2013 he put out his first single which he did with the help of Scoobynero, Washkalakunda crooner, a freestyle track titled “Cross Daht Line” produced by Danola Beat. Big S Big Slim Bandit later came across Bolo J Blackson; their coming in contact led to another collaboration and they dropped a song titled “Ile”, an Afro-Dancehall song that attracted the spotlight on him. Big Slim Bandit decided to take his music to another level by setting up a label which he named KINGSTON MUZICK to push his music career further. He has worked with DR Jazz, C-Tea, Prazzi Wailer, Bee JayT, Bodibag (Capetown based), 4llyJay, Elkay and also have performed at various gigs in South Africa.

Sello-M02 is an Amapiano artist based in Gauteng, South Africa who also is the member of the group called Mbizo that worked with such artists as Mfr souls. The group was formed in 2014 at the shamase shisa nyama.

Sello-MO2 is a talented vocalist, dancer and songwriter. This sensation began reading music at the age of eighteen is when he started learning to dance and doing music as a vocalist at Church. In 2001 he did jingles advert at BMG Africa before renamed Sony BMG.Those advert was played to such programme like woza weekend, studio mix and Yotv as a sound tracks and even foreign countries like Brazil, America, Australia, south Korea, Madagascar, London, etc.An Artist has  conducted several interviews on the following tv programme Sunrise,Yotv, Morning live and also done radio interviews on Ligwalagwala fm,yfm,ikwekwezi fm,umhlobo wenene fm,Motsweding fm,Alex fm with group.furthermore both the single called jabulisa abantu and S’busiso has music video that is playing on Mtv Base,Channel 0,Trace Africa and Africa.

Thuntsha Dithole – TAUTONA is musical Artist from Botswana is now Shaking the waves of Radio Through GGP Radio Airplay.

Mr Sir Linda is a recording artist by the name of Patrick Michael Linda from South Africa Empangeni Esikhawini Gobandlovu (KZN) and has released his first single “Isimanga” in 2019 February 25 to digital stores which he performed for more than a decade in church services, birthday parties, wedding ceremonies etc. The song has kept people’s toes tapping to date. He also released an instrumental album few months after that, titled “Gospel dance volume 1” in 2019 May 7, an EP followed three months after (2019 August 3) with a nice worship song titled “wathola mina” the song featured a potential young lady by the name of Anele Zungu(now Mrs Gumede). Coronavirus Lockdown has given an unprepared opportunity to release a special 11 track Album titled “Ekhaya” on the 13th of April 2020(his birth month) with the aim of seeking God’s face for help. Another special Album titled “Emshadweni” released as he dedicated to his old age parents as they were getting married in December 27,2020. He has recently released an EP titled “Dubadubadu” in 2021 March appreciating God’s creation. He has also released an “Angikho la” album with 17tracks on the 8th of June 2021 which he believes it has been long overdue. He has featured about 9 artists with variety of secondary genres within primary Gospel genre, that is, Classic gospel, Itende, Urban, Hip-hop and Rnb. Within the same year 2021/10/05 he has released 3 tracks which shall form part of 2022 album release, where he focuses more on Jesus Christ being the same yesterday, today and forever. He believes the songs will enrich the heart, body and soul to accomplish the mission of blessing the listener. Finally the album released in 2022 titled “Ubuhle BeNkosi”.

A new Hit song By Digga Da Kruga is now available on Digital Platforms. 🔥🔥🔥🔥🔥
www.youtube.com/watch?v=v38zYLA_bnI
The title of track :Mhlaba wonke
Produced by: Ausama
Artists: Digga Da Kruga feat.Ausama
Publisher: Blaqbvgx Records
Lyrics written by : Digga Da Kruga & Ausama
Storyline of this song was inspired by unity of Africa the rich culture and it's diverse sound,it basically keep you up going and teach you to spread the love to the whole world.
UNITY!

DJ Tline has been playlisted at SMU FM 97.1 🔥🔥🔥
play.google.com/store/apps/details?id=com.ggpradioairplay.music&hl=en_ZA&gl=US